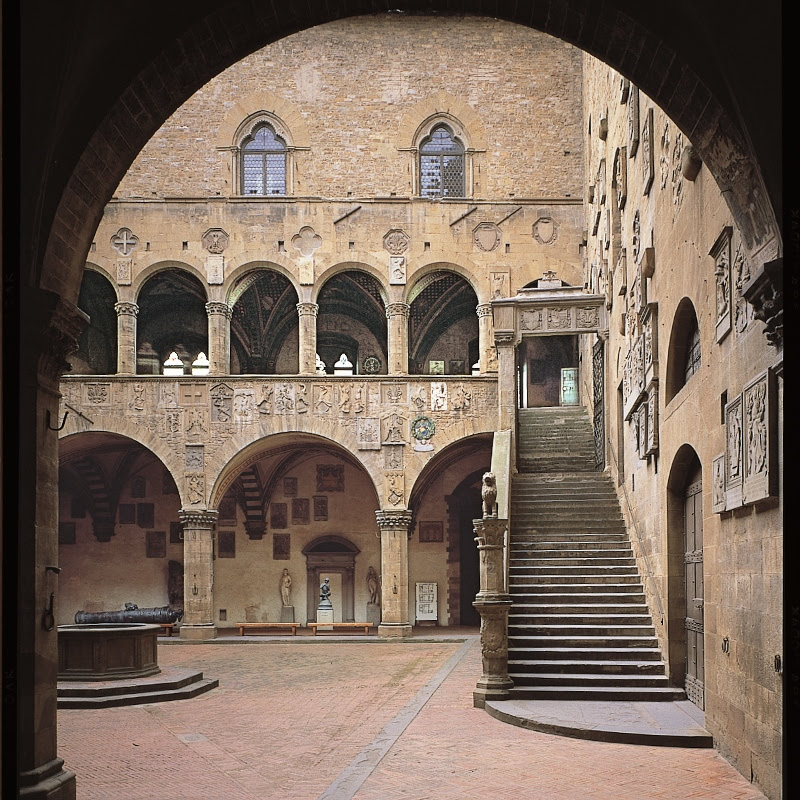 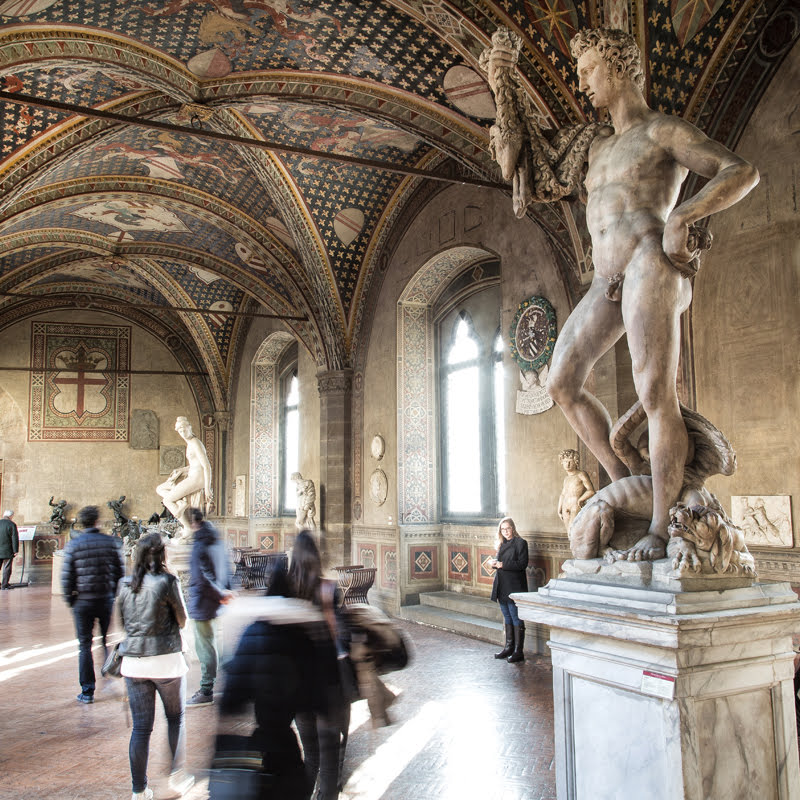 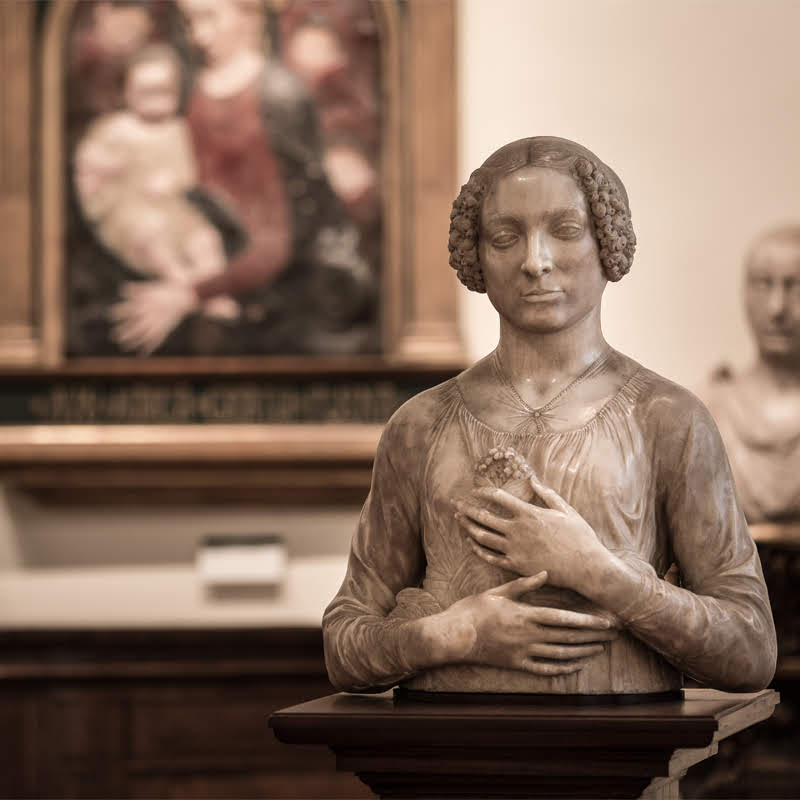 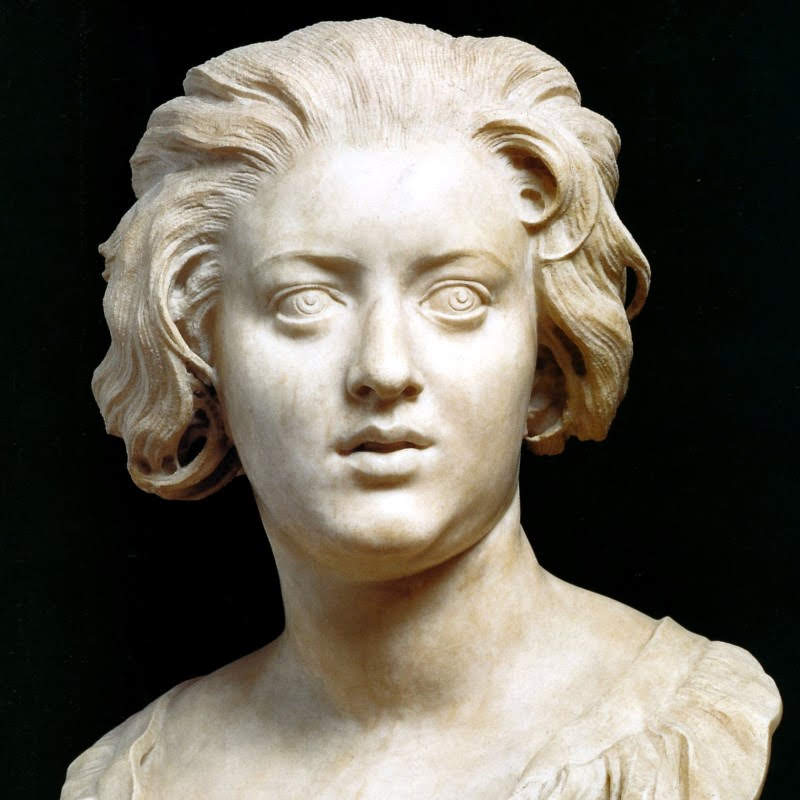 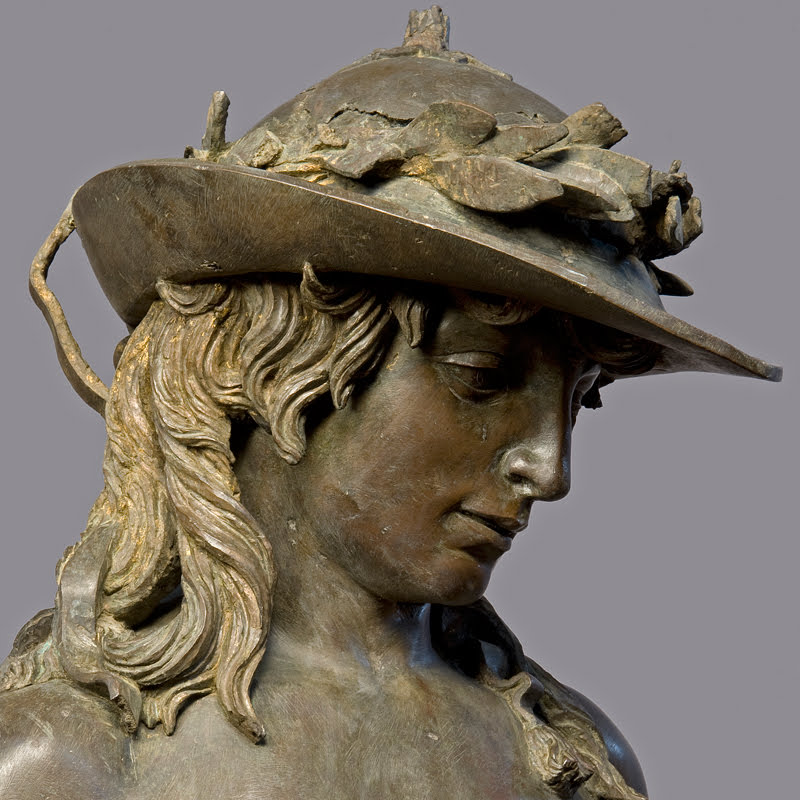 Among the many artistic pearls that embellish Florence we find the Bargello Museum: a museum in the heart of the city which, although less famous than other Florentine must-sees, represents a rarity not to be missed, especially for those who love sculpture.
The gothic-style building has the appearance of a real fortress! Designed by Arnolfo di Cambio's father, Lapo Tedesco, it was built from 1255 to be the palace of the Captain of the people until, in the second half of the 16th century, it became the Palace of the Bargello, that was the chief of the police, therefore the seat of city prisons too. At the center of its courtyard we find today a well in whose place, until the abolition of death penalty implemented by Pietro Leopoldo Habsburg-Lorraine in the late 700s, there was the halter where the executions took place.
Only in 1865, on the occasion of the sixth centenary of Dante Alighieri's birth, the Bargello was converted into the current museum.

The best experience at the best price

You will receive a link to join the virtual tour

VIRTUAL TOUR – The David From Closer Up

The unmissable of Uffizi Gallery … and more!!