People visiting Florence for the first time usually go to the Accademia Gallery for a specific reason.

Which one? Well, it’s easy: they do it to marvel at one of its most splendid artworks, Michelangelo Buonarroti David.

The Department of Musical Instruments

Taking a close look at this 16th-century sculpture is a must. However, we suggest you take extra time for the other rooms because this museum hosts several valuable pieces. The Accademia, for instance, stores paintings by Botticelli, sculptures by Giambologna and Brunelleschi, and antique musical instruments.

Ground zero, in fact, hosts the Department of Musical Instruments, where you can find around 50 pieces dated 17th- 19th century. What’s peculiar about them, you ask? They all belonged to members of the Medici and Lorraine family.

The Department of Musical Instruments

But there is more: this area of the museum, in fact, stores a unique viola made by Stradivari and dated 1690. Not only was the viola made by the most famous luthier in the world, but it’s also perfectly preserved. We believe this is incredible. After all, she is 330 years old (true, it’s not polite to mention a lady’s age, but we think that, in this case, we are forgiven!). 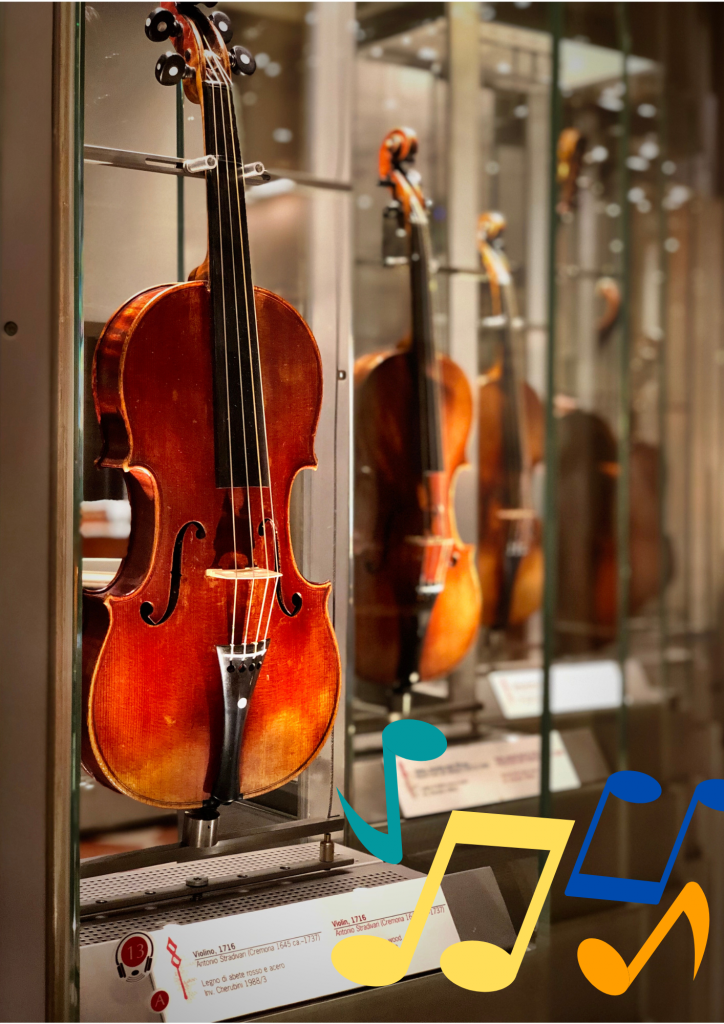 Let’s learn more about “her”. For starters, she was designed to be a luxury tenor viola, and, to make this, Stradivari chose the most expensive materials. The soundboard, specifically, is made with spruce and maple wood. In addition, the instrument is decorated with elegant mother-of-pearl, ivory, and ebony inlays. Finally, the Stradivari viola features a Medici coat of arms. How come the luthier put that symbol on the instrument? He did so to emphasize that the viola was a gift for the Medici family. More specifically, the viola was an element of the Medici quintet, a chamber string group intended for the Medici court. Stradivari, of course, created the instrument on commission. He was asked to make it by a nobleman from Cremona called Bartolomeo Ariberti. The man, a marquis who lived in the region, wanted to give the instruments to Ferdinando de’ Medici, a great music lover who, at the time, protected various musicians.

This instrument reflects Stradivari’s aesthetics, but it has a peculiar feature. In fact, if you compare the viola with other ones of the same kind, you’ll find the soundboard is quite large (its size is 47,8 cm). The feature caused perplexity, so much so that the instrument was used very little. And this is perhaps why the fantastic Stradivarius viola has come down to us perfectly preserved.

In addition, according to existing records, it seems they did not replace any components. In other words, it’s one of the few Stradivari instruments that still present all the original pieces. Of course, they have done some work on the instrument, but all these processes had the sole purpose of restoring the precious viola.

We think this is enough to be called extraordinary, but there is more. The instrument, in fact, stood the test of time so well that it could perform during a concert recently. The viola, specifically, was played during the opening of the Viola Fest, a cultural event that took place in 2015. Impressive, if you take into account that nobody played it for two centuries.

But the Accademia Gallery stores other treasurers too

Did the stories on the Chianti Classico rooster intrigue you?

You thought the tour was over? Actually, the Department of Musical Instruments preserves other Stradivari instruments as well. Here, in particular, you can marvel at another piece the luthier built for the Medici family, a cello dated 1690. In addition, in the same room, you can enjoy an original Stradivari violin dated 1716. The violin is 27 years younger, but it, too, would have some stories to tell. Are you eager to know what these instruments sound like? You can use the computer, which is able to reproduce the timbre of each of the pieces on display. 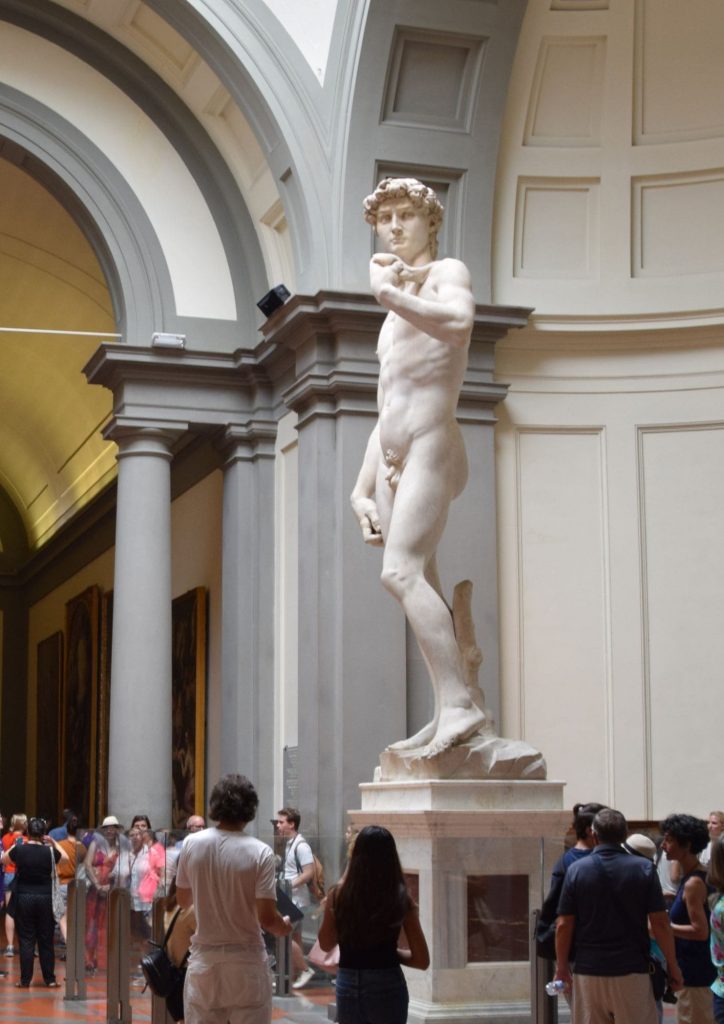