You decided to visit Tuscany and have a glass of Chianti during a trip to the Tuscan countryside? Cool!

Then we’d like to help you get the best from your vacation.

Let us begin by saying that there are two types of wine:

that is only produced in the original Chianti region, an area comprehended between San Casciano in Val di Pesa and Castelnuovo Berardenga;

-and Chianti that is made outside of this region.

Learning how to distinguish these wines is easy. In fact, if you compare two bottles, one per variety, you’ll discover a black rooster on Chianti Classico one. Where to find it? It’s printed on the label that surrounds the collar of the bottle. We know you’re wondering why they chose a rooster as their symbol. And since there are two stories about that, we’ll tell you both. Let’s start with the mos engaging one, the legend. 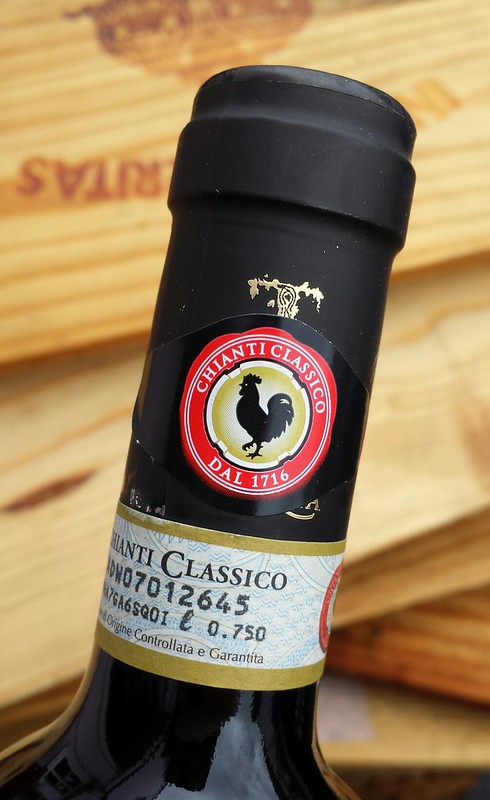 The legend of the Chianti rooster 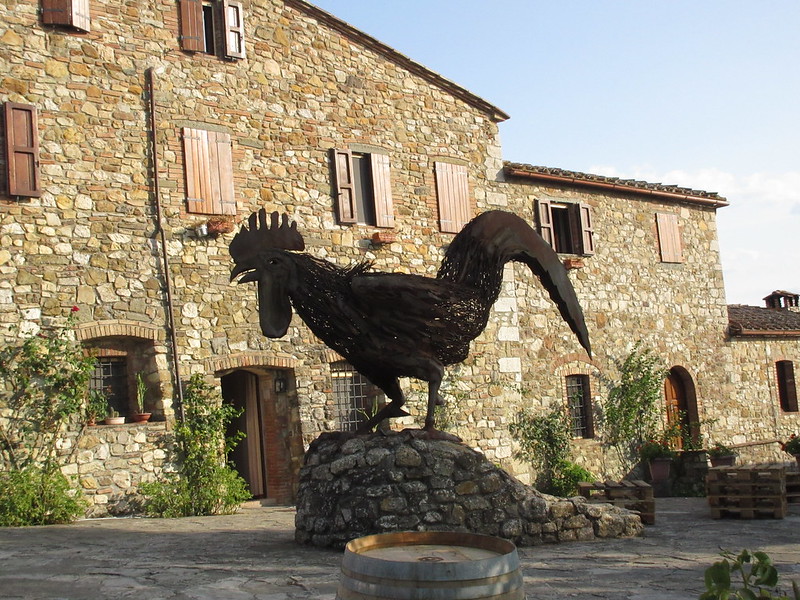 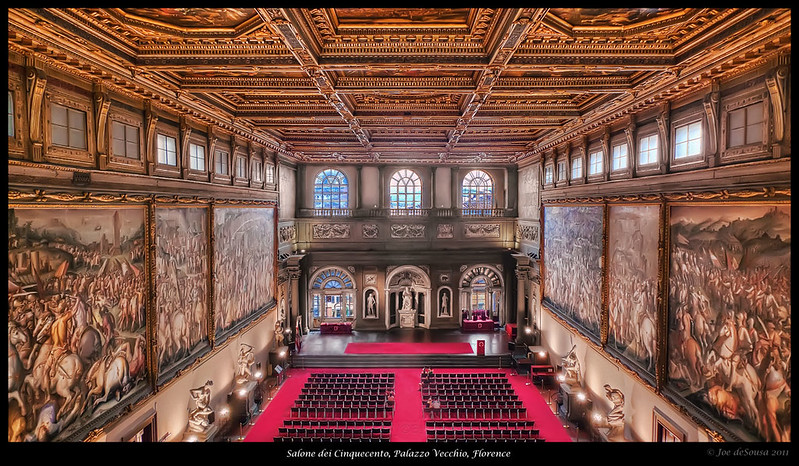 According to tradition, during Middle Ages, Florence and Siena fought for supremacy over the Chianti area. The war had been going on for a long time, and neither faction could prevail against the other. The two cities were exhausted, so they decided to stop hostilities and agreed on an alternative way to resolve the issue. The parties decided that the only way to establish a border was to make two knights of opposite factions gallop to the countryside until they met. Each knight was supposed to start from his own city and to prevent cheating, it was decided the champions could leave after a rooster crowed.

Every aspect was crucial for victory. Not only did each party have to choose a light and skilled knight and a fast and strong horse, but even the rooster had a role in decreeing the winner. Both cities chose their animal: Siena picked a white one, while Florence chose a black rooster.

During the days before the competition, citizens of Siena fed their rooster the best food and reserved him the best henhouse. Florence, instead, starved their animal, and they kept it in a rather uncomfortable cage.

In the end, tho, Florence was the winner. Asking yourselves why? On the day of the challenge, the citizens released the rooster before dawn. The animal, which was starved and stressed, expresses his anger by crowing immediately. This allowed the Florentine knight to mount his horse and start galloping toward the countryside as fast as he could.

In the end, tho, Florence was the winner. Asking yourselves why? On the day of the challenge, the citizens released the rooster before dawn. The animal, which was starved and stressed, expresses his anger by crowing immediately. This allowed the Florentine knight to mount his horse and start galloping toward the countryside as fast as he could.

Chianti rooster: beyond the legend 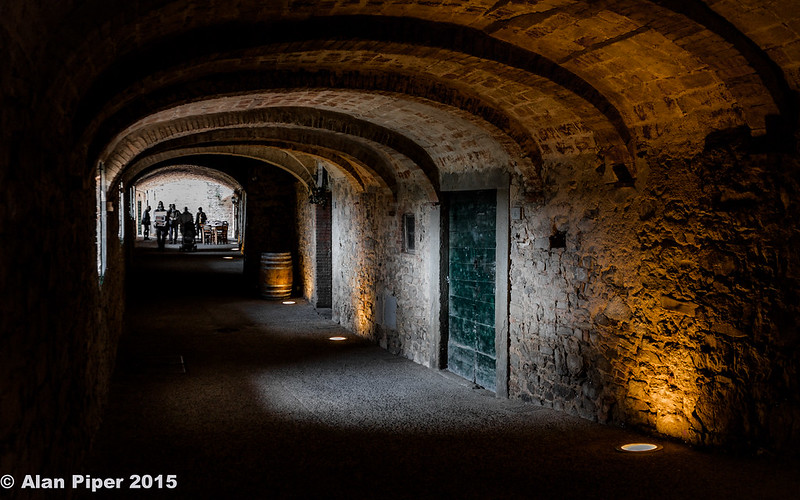 This is what the legend says, but from a historical point of view, the symbol has quite different origins. In the beginning, the image of a black rooster was created to represent a military alliance.

In 1384, Florence Republic started to divide its territories into leagues to better defend them from enemies.

The areas of Castellina in Chianti, Gaiole in Chianti, and Radda in Chianti, in particular, were grouped into the Chianti League, and Florence chose a rooster to represent this pact.

Why did they opt for this animal? In short, Florence wanted to tell its enemies that the League had the characteristics of a rooster: the League was proud, fierce, and strong.

But there may be other meanings too. In the past, people believed that evil spirits came out to feast on the earth at night and that only the cockcrow could chase them away. Just like the rooster was able to defeat evil, so the League would be able to defeat enemies.

More recently, the animal became a symbol of the Chianti area. Vasari, a famous Tuscan painter, probably helped transfer the meaning of this symbol. Vasari, in fact, was hired by the Medici to decorate the Salone dei 500 in Palazzo Vecchio, and when he was asked to represent the Chianti region, he chose to paint a black rooster.

Did the stories on the Chianti Classico rooster intrigue you?

Would you like to take a tour of the Chianti region?

Then we suggest you our Romantic Chianti at Sunset Tour.

We will guide you to explore the area and take you on a visit to a cellar of a famous wine producer. And at the end of the tour, we will toast with some excellent Chianti Classico. 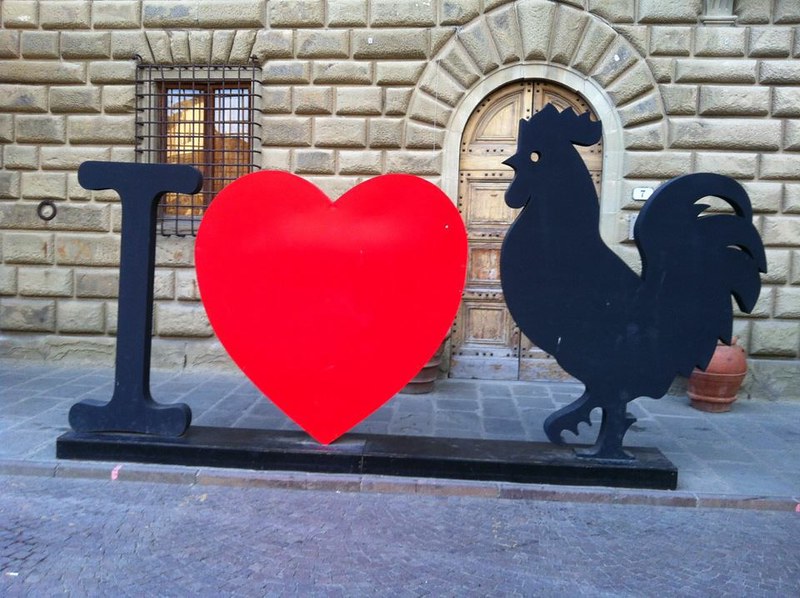