During this private chauffeured tour you will head south-east of Livorno and visit Siena, one of Italy’s most attractive city with its Medieval and Gothic architecture. Upon your arrival in Siena, you will start a guided visit in the old city center with a licensed, professional English speaking guide who will accompany you to all Siena’s monuments and attractions expected to be visited with this tour. While walking along the narrow medieval streets, you can admire the splendid Cathedral where you can visit the marvelous interior including the Libreria Piccolomini. The tour will continue in Piazza del Campo, where you will find the Palazzo del Comune. After lunch (not included) we will leave for San Gimignano, a small walled Medieval hill-town, one of the most picturesque village in Italy mainly famous for its towers. After your free time in San Gimignano, it will be time to board back into the van for your return journey to Livorno.

The best experience at the best price

We can pick up travelers or meet them at the starting point Starting point: Porto di Livorno, Italia, Calata Sgarallino, 1, 57123 Livorno LI, Italy 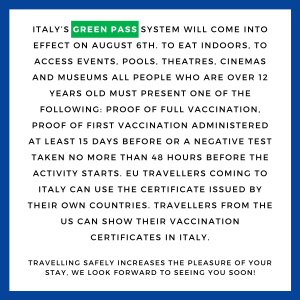